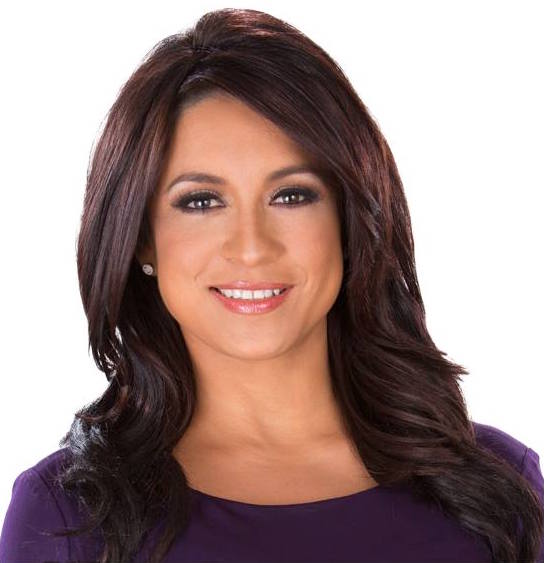 Dunia Elvir is one of the most recognized correspondents on US Spanish-language television, who is an excellent journalist and volunteer member of many non-profit organizations.

Throughout twenty years of professional experience, Dunia has received several prestigious awards for her outstanding reports including three Emmy nominations and the Golden Mike Awards for Best Investigative Reporting; and the recognition from NALL (National Association of Latina Leaders) to be one of the thirteen outstanding Latinas in the nation invited to the White House in 2004. LATTC recognition for her community leadership; GLAAD award, for her journalism excellence; US Congress, US Senate and “Orgullo Hondureño en el Extranjero Award” for her commitment to the Honduran Community in the US. among others.

For the past 13 years she has been reporting from Los Angeles, CA to the world. Dunia is the morning anchor for Telemundo L.A. and National correspondent for the Telemundo Network news programs including Al Rojo Vivo, Un Nuevo Dia and Noticiero, which airs in 16 countries and the U.S. Dunia covers human-interest stories, unique reports and special assignments around the USA and Latin America.

While at Telemundo News, Elvir has covered a broad range of domestic and international stories, notably the war in Iraq in 2003, Japan Tsunami, Los Angeles historic Immigration march.

Before Dunia’s arrival to Telemundo she was the main anchor for the Central American T.V. station where she received an enormous support from her community. She also received an award from the Los Angeles Press Club at this time.

During her career at Channel 62, she served as a reporter and back-up anchor for the daily newscast show. Simultaneously she worked at the Que Buena and La Ranchera radio stations where she had a segment called “La voz de los sin Voces”. This segment enabled Dunia to help the Latino community by providing the audience information on domestic violence issues, education, and immigration among other topics.

Previously, in 1991, she worked at the “La Mexicana” radio station in Redlands. At this company, Dunia was an on-field DJ for musical and entertainment events.

Besides her work as a television journalist, Dunia is also a loyal supporter of students in Southern California. She serves as Key note speaker, motivator and career speaker, moderator, and MC in dozens of schools, and colleges around SoCal. She is active with various charities associations in Los Angles such as “Lady Like”, Comite Salvadoreno El Piche a Salvadorian organization, InsideOutWriters and she’s an unconditional supporter of autism organizations, such us Autism Speaks and Wiley Center.

Born in Honduras, Elvir graduated from University of Phoenix with a bachelor in business management and a master in business administration. Dunia also, completed an excellence in journalism fellowship in USC.

Dunia Elvir lives in Los Angeles with her husband –together they have 8 children- the determination and discipline is a result of the commitment Dunia has with her children.

Dunia came to the US in 1988 from Honduras and like many other immigrants; Dunia faced many challenges while trying to excel in her career.