Besides being a former CHIME IN Youth Ambassador, Larissa is a senior at Claremont McKenna College studying International Relations and History with a concentration in Genocide, Human Rights, and 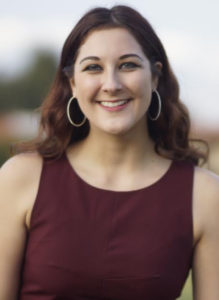 Holocaust Studies. She has had a passion for human rights work since the age of 5 when she was exposed to the work of Amnesty International. She has interned for several organizations including Amnesty International, Remote Control Charitable Foundation, and Participant Media. She was also a Youth Ambassador for TheCommunity.com during which time she interviewed Nobel laureates and wrote blog posts, attended the World Summit of Nobel Peace Prize winners, and helped activate other young people to support the causes endorsed by the Nobel laureates. Larissa works as a research assistant for the Mgrublian Center for Human Rights where she engages with students, develops human rights related programming, invites world renown speakers to her campus and was the lead researcher and editor on a soon to be published manuscript recounting personal narratives from the Armenian Genocide.